“Cool” Facts You May Not Have Known About Air Conditioning 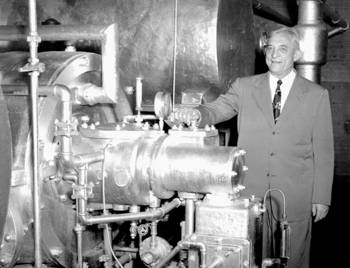 The first air conditioner wasn’t made for the comfort of the people. Created by Willis Carrier in 1902, the machine was actually created for Carrier’s publishing company to keep temperatures and humidity low so that his paper didn’t expand and contract. He never had intentions of his invention to be used solely for comfort.

Theaters also jumped on the bandwagon at an early stage. Theaters were amongst the first places where people felt the artificially cooled air, and in the summer months, theaters were often the hang out because they were the coolest buildings around. While studios expected large groups of movie-goers, they began releasing their biggest productions and thus giving birth to the modern summer blockbuster.

The invention of air conditioning has actually helped us live longer lives. It has allowed for exponential advances in modern medicine and human life expectancy. Hospitals with AC helped defeat diseases such as malaria, decreased infant mortality, inhibited bacteria growth and advanced developments in surgery.

Also, climate control has changed the way we build homes and buildings as well. Back in the day, builders would make their homes with large ceilings, breezeways, sleeping porches, cool brick and strategically placed shrubbery to keep their owners cool. However, today’s skyscrapers and low-slung tract housing don’t have the same ventilating and heat-defeating features, so not having the comforts of air conditioning feels more unbearable than it used to. Thankfully, today we have the comforts of air conditioning to keep us cool when it’s hot.

They were great! They took into consideration our current equipment and were very sensitive to our needs and desires.